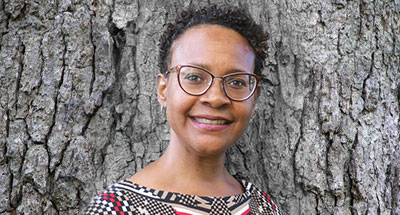 Concerns about race and inequality spurred my interest in political science. My research aims to listen to the quiet, often overlooked voices in whatever area I'm studying. Listening to these voices have always offered me a new perspective and kept me grounded in work that I love.

My research situates Japan in an international context and investigates the global-local connections between Japan and the world. My early scholarship is concerned with the domestic impact of international norms on Japan and is concerned with norm diffusion from the international to the national level. My research agenda evolved and became more concerned with understanding the role of Japan's civil society in expanding the norm of protection of refugees and victims of human trafficking at the domestic, national and regional levels. My current research is concerned with how gender norms shape Japanese institutions of diplomacy and the Ministry of Foreign Affairs. I'm thankful for research support from the SSRC, Fulbright US Scholars Program, and Korea Research Foundation, among others.

I think it's important to do whatever you can wherever you are to contribute to your community. Here in Honolulu, my participation is through my kids' school. In Japan, I've worked with advocates for refugees and victims of human trafficking during my field research in Tokyo, volunteered with Second Harvest Japan to feed the homeless in Tokyo, and tutored immigrant children in English in Kobe.