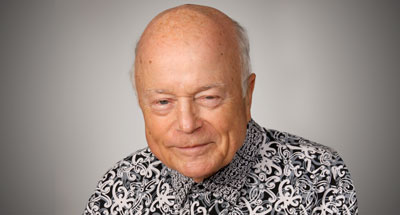 I was born in 1938 in Germany’s northern-most city, Flensburg. I grew up in a post-war country that was occupied by the victors of WWII and whose citizens refused to come to terms with the terror Nazi Germany had perpetrated on the Europe it had conquered. The experience of this deafening silence, which was caused by denial, shaped my interest in political legitimacy and authority in Germany and other societies. Apart from returning frequently to German history in the 20th century and the processing of Germany’s violent past, my interest shifted to the U.S. when I became a fellow at Stanford’s Hoover Institution. In 1970, I became a professor here at the University of Hawai‘i.

My research interests were originally centered on themes in political thought and the philosophy of history. I am still publishing essays and articles in European and American publications on political thought. My main focus at this time, however, is concentrated on a project dealing with terror and memory. How do societies that have been governed by regimes of terror deal with the aftermath of this violence? Always starting with the German configuration and the unusually successful processing of the past, I try to make sense of the German case before the backdrop of an almost universal rule of denial and refusal. Most societies practice denial when it comes to acknowledging macro-criminal chapters in their history and refuse to confront the impact of this history on their own people and peoples they conquered and terrorized. In addition to Germany, South Africa is an exception, whereas Germany’s ally during WWII, imperial Japan, is the best illustration of the general rule.