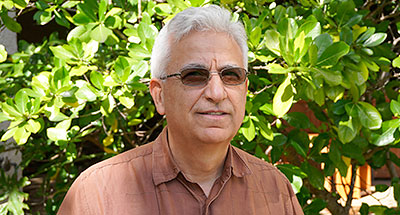 Regents’ Medal for Excellence in Teaching (2006)

I grew up in a politically charged country, where thinking about politics was a necessity for survival, not a mere choice or a preference. However, thinking about politics did not necessarily translate into thinking knowledgeably and ethically about politics. Realizing the significance of such an endeavor, I decided to pursue the study of politics, particularly, international relations, as a vocation in my life. In this life-long commitment, my aim has always been to grow in knowledge in/about politics so that I may write, research, and teach politics ethically responsibly. In my journey as an educator, students, graduate, and undergraduate, constitute the locus of my efforts, for each student represents a universe of experiences from which I learn immensely.

Stated most generally, my research is guided by an interest in international relations theory and global political and cultural economies. I am especially interested in transnational processes that bear upon the practices and norms of national and international governance and policy-making. Pursuant to these interests, my work examines the changing conceptualizations and practices of state sovereignty. It examines state sovereignty in its contemporary alterations and re- articulations amidst accelerating movements of people, ideas, images, capital, and technologies of production and destruction. In my recent work, I concentrate on migrant and indigenous struggles as insurrectional movements which I take as harbingers of novel modes of political agency in the world.