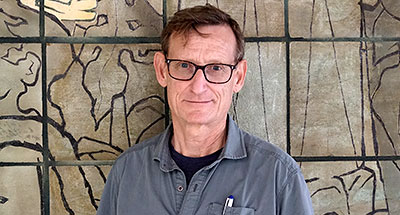 I completed my BA in political science at Reed College (1979) and my MA and PhD at the University of Wisconsin, Madison (1991), with emphasis in public law, comparative politics, and Marxist theory. Prior to graduate school, I had the opportunity to live and teach in West Africa, and subsequently I taught at Reed College prior to joining the faculty at UH.

I have recently been studying the ways changing forms of identity, nationalism, political authority and political economy have modulated the mobilization of rights in various contexts. By starting with these dimensions of social life rather than with rights discourses themselves, I have tried to understand how rights are resisted and how they retain relevancy; in this vein, I have researched such contemporary phenomena as the conservative reaction against same-sex marriage, opposition to the political recognition of indigenous peoples, and efforts by labor unions to boycott legal regulatory machinery. I am presently embarking on a study of the means by which Indigenous peoples in the Pacific have mobilized rights that lack constitutional or jurisdictional authority and how these ideas about rights have traveled across space and time, altering Indigenous identities and redirecting political demands.